HISSOC held its annual camp for incoming FASS-bound Freshmen with an interest in History or European Studies; this year’s theme was NUSTALGIA (nostalgia) with a focus on the good ol’ days! Freshmen were grouped into three Orientation Groups (OGs) – “Vinyl”, “Minesweeper”, and “Old Maid”, after which they took part in station games and inter-OG games, both wet and dry! This year’s camp also saw the entrance of a peculiar character, antagonist rather – Eraserman! Played by one of our own, Ting Jie, Eraserman seeks to destroy all that is nostalgic. When he’s not doing that though, his alter-ego Kent (short for Kent Ridge) takes over. The OGs battled Eraserman throughout the camp and eventually defeated him in a climatic battle on the second night of the camp! Besides all the fun and games, Freshmen were also told more about life in NUS and what to expect in their first semester starting in August. Aiding this was a dinner on Friday evening with A/P Ian Gordon and A/P Bruce Lockhart from the History Department as well as senior students. There they were able to talk to the professors to learn more about what to expect in NUS. Without further ado, here are some pictures from the camp: 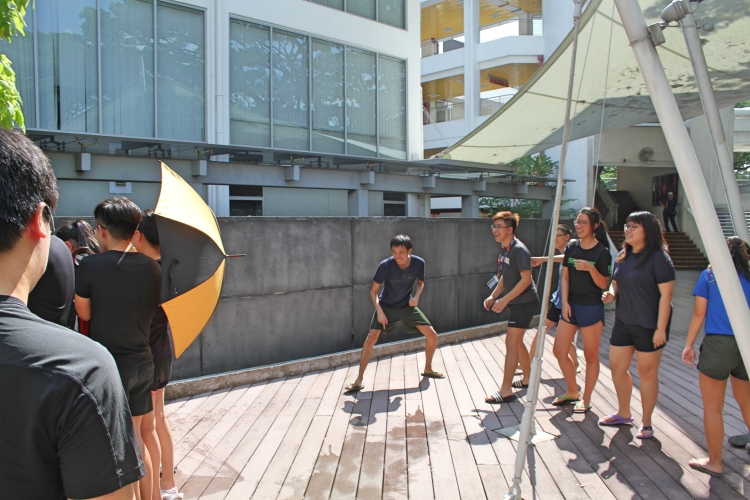 HISSOC would like to thank the O-Comm, OGLs and Freshmen for making the camp a success! We hope to see you all again in August when the new academic year starts!

The National University of Singapore (NUS) History Society is a student-run organization that aims to encourage an interest for history among NUS students and members of the public. Its members include all History majors and other NUS students interested in history. Regular projects that aim to engage NUS students include writing and editorial opportunities at the Society’s publication Mnemozine, career development programmes as well as welfare activities. NUS History Society is a student society under the Office of Student Affairs, National University of Singapore. View more posts

This site uses Akismet to reduce spam. Learn how your comment data is processed.